The two teams at the top of the IWHSHL tiering table squared off for the fourth time this season on Sunday, with Maine rolling up to Hinsdale Central’s barn in search of a little payback.

Maine put up three third-period goals to break a 1-1 tie after two periods, ultimately earning a 4-1 win and tying the season series between the two teams at two games apiece.

“They’re a good team but the last time we played them we just didn’t have it – we weren’t working hard and didn’t have the hustle,” Maine defenseman Mike Migon said. “I liked everybody’s hustle tonight and defensively we were much better. As a unit, everyone just played well and did their jobs well.”

Teammate Ryan Goff had a simple answer for how Maine got the win.

“Our penalty kill was really strong, we were winning draws, and our ‘D’ was getting the puck out,” Goff said. “Everyone was basically doing their job.”

Maine (15-1-0) and Hinsdale Central (12-4-0) played a scoreless first period, showing nary a hair’s width of difference in talent between them.  Maine goalie Ryan Besenjak turned away an Alex Hadesman shot from the circle on the right side early on, and Hinsdale Central goalie Miles Anderson stopped Ryan Freytes’ shot in the slot near the 14-minute mark.

Maine had the game’s first power play that saw Anderson turn away a Pete Koepke shot at 7:22, then stop a shot from the point taken by Maine’s Dean Andrews a minute later.

Besenjak stoned shot taken on a 2-on-1 rush near the 3-minute mark and made another stop just before the first period ended.

Maine went on the power play in the first minute of the second period and made Hinsdale Central pay when Costigan buried a puck in the slot, with Ryan Freytes and Belz getting assists on the play.

Hinsdale Central answered with some solid pressure and went on its first power play with 11 minutes left in the second period, and Besenjak stopped a Will Romberger shot from the point near the 9-minute mark.

Anderson stopped long-range shots from Koepke and Migon near the 8-minute mark. Play evened out until Hinsdale Central went on the power play late in the period. The Red Devils knotted the game at 1-1 with only three seconds remaining in the period, with Devine scoring and Hadesman and Pete Cook getting assists on the play.

“You can’t give them opportunities on the power play because they’re very good on that,” Maine coach Greg Mrofcza said of Hinsdale Central. “In the two games we lost, they scored power-play goals. So for us it was a real commitment to try not to give them those opportunities.

“The challenge with (Hinsdale Central) is they’re well-coached and they’ve got a lot of firepower. There isn’t one or two guys we have to shut down; there’s probably four or five. That’s really difficult to do and they’re a really good club.”

The game turned on a quick, two-goal outburst in the third period. Maine went up on a goal at the 11:45 mark from Schuyler, with assists to Migon and Jack Koteles. Belz wasted no time giving Maine a 3-1 lead on an unassisted goal, a mere 15 seconds later.

Which made his coach happy.

“Sometimes we have a tendency to think that it’s ‘next goal wins’ and not go out and finish strong,” Mrofcza said. “The medicine is for us to go out and have a good next shift, and Ryan Belz goes out and scores a goal to make it a two-goal lead. So it doesn’t get much better than that.”

Maine had Anderson sprawling to stop a shot around the 10-minute mark and he stopped a breakaway attempt from Maine’s Jake Salvatore at the 6:30 mark. Central went on the power play with 3:12 remaining in the game and made it a 6-on-4 by pulling Anderson.

But Maine and Besenjak kept the slate clean and Gournis scored an empty-net goal to end the day’s scoring with 1:01 remaining, with Koteles and Hayden Weber earning assists.

For the game, Maine posted a 22-16 edge in shots. Hinsdale Central committed seven penalties to Maine’s six for the game.
And Maine’s penalty kill and the play of Besenjak were both big factors in the win.

“(Besenjak) played his best game all year,” Migon said. “That was his best performance by far. They have a lot of offensive threats with (Zach) Devine and (Hadesman). We had to keep them in front of us and play well. Now we have to build on this and keep going.”

Besenjak in turn applauded the play of Migon and his defensemen.

“The six guys in front of me I love to death,” Besenjak said. “They’re my guys and they make things easy for me. I wouldn’t have had the game I did without them out there so all the credit to them.”

Mrofcza agreed that Besenjak played a fine game and also credited his penalty kill for helping hold down the fort.

“The penalty kill looked strong,” Mrofcza said. “I only had us giving up four shots in the third period so we were doing a great job keeping pucks away from our net. We were either blocking shots, keeping traffic out of the danger zones, or when they were there we made sure they only got one shot.”

Migon, Koteles, Freytes, Goff, Andrews, Belz, Ben Kappel, and Dean Andrews all shined for Maine, “and then Koepke and Costigan are always there,” Mrofcza said. “But Koteles and Migon really played well on the kill today. And on the forward side, Goff and Freytes played well.”

Besenjak summed things up this way:

“I think we just realized they’re a good team and we need to play above their level. We know we’ve got guys that are as talented as anyone on their roster and I think everyone was just dialed in tonight.” 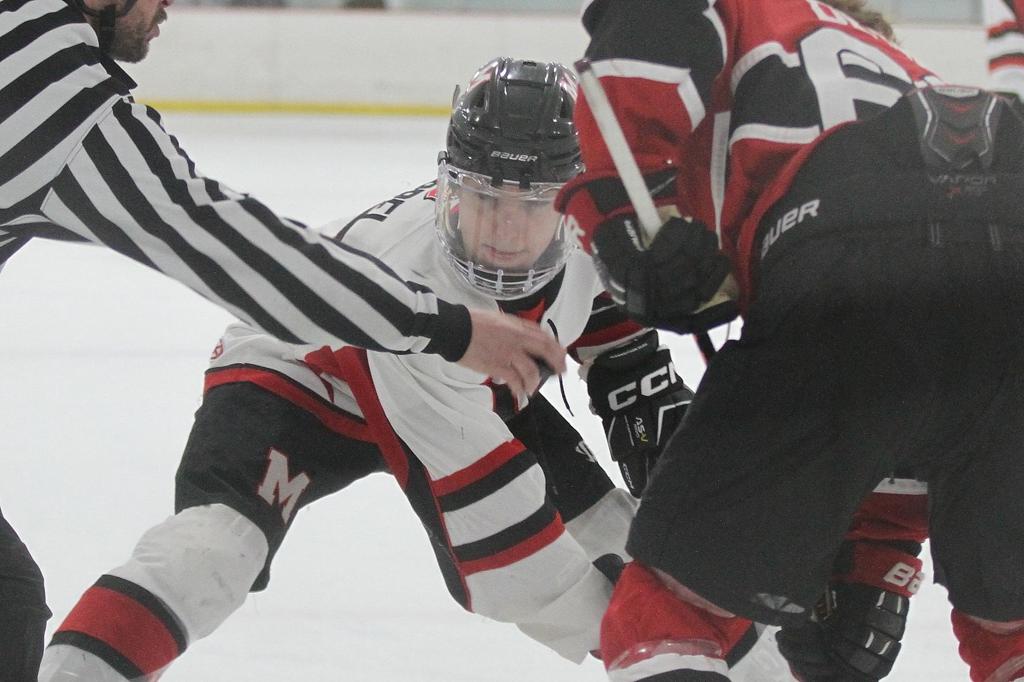 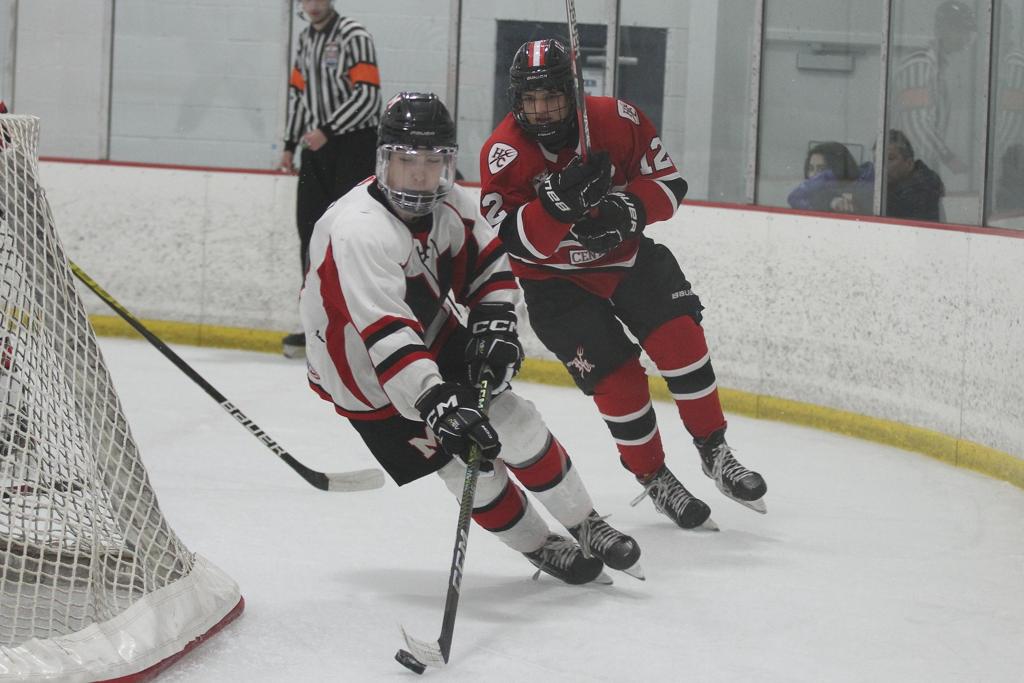 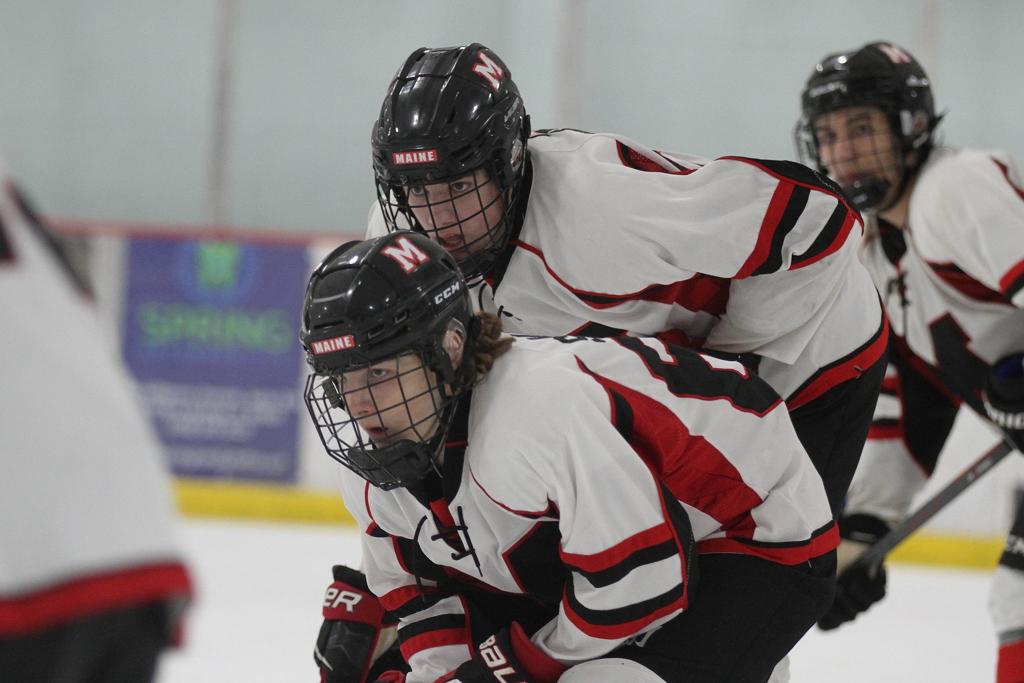 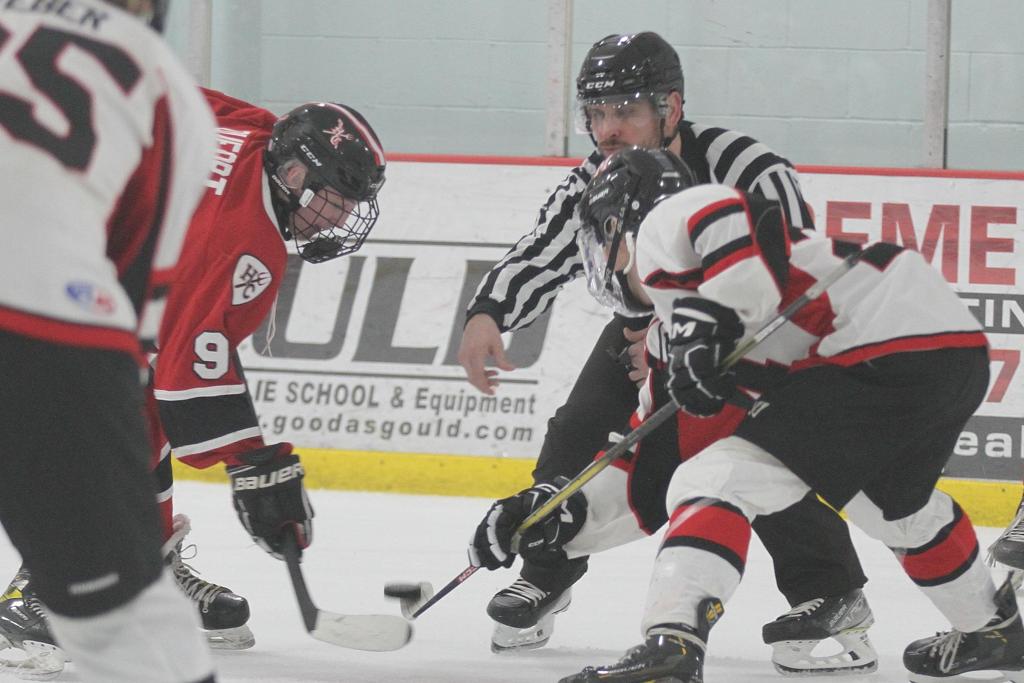 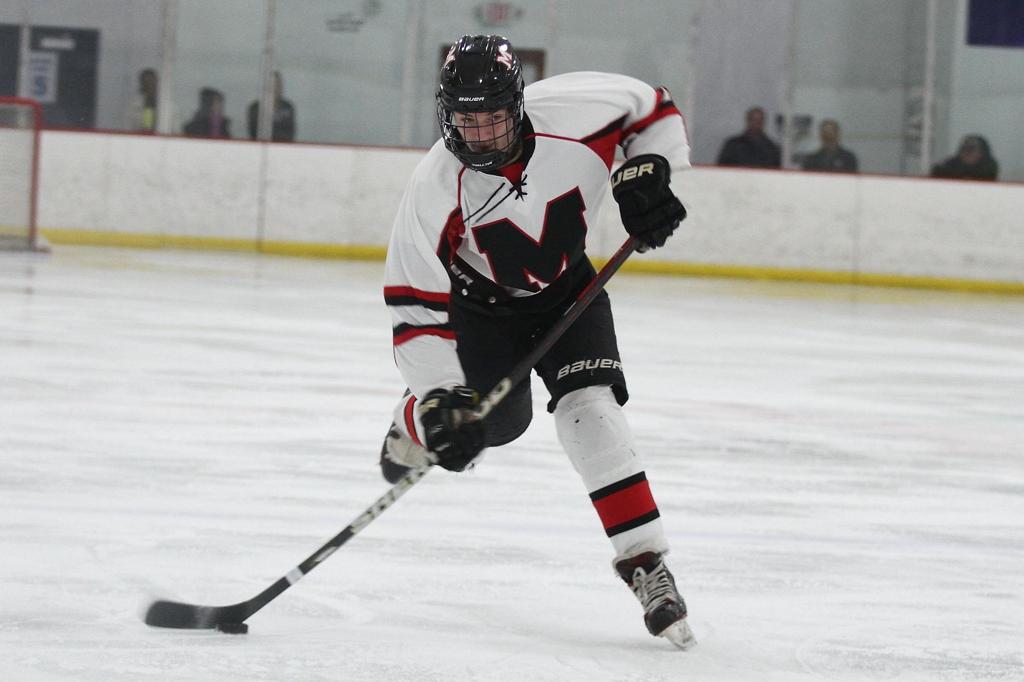 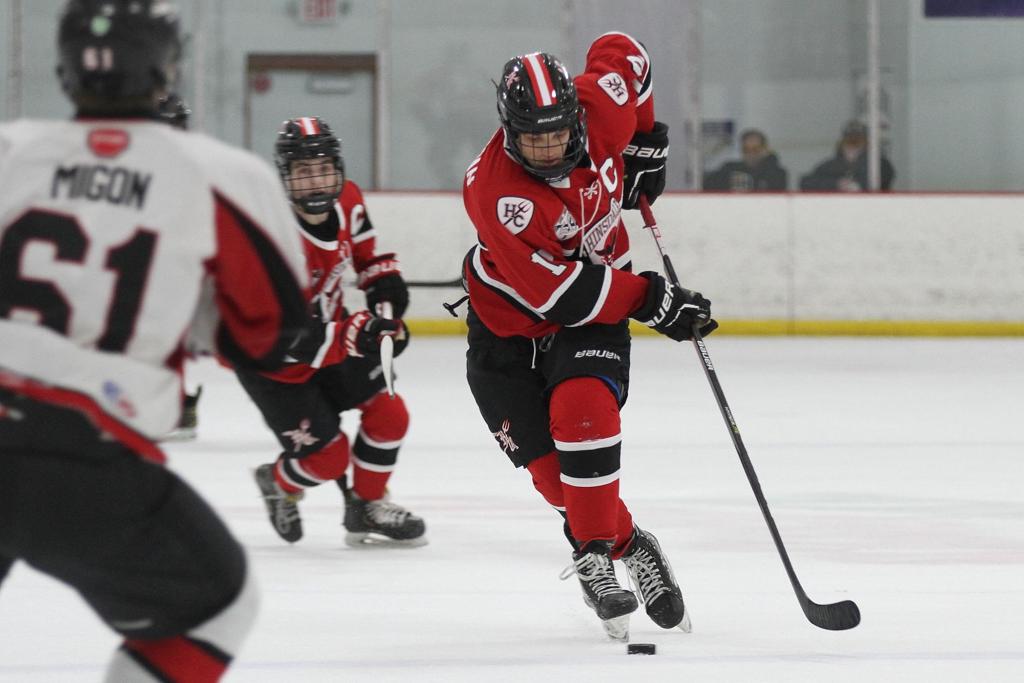 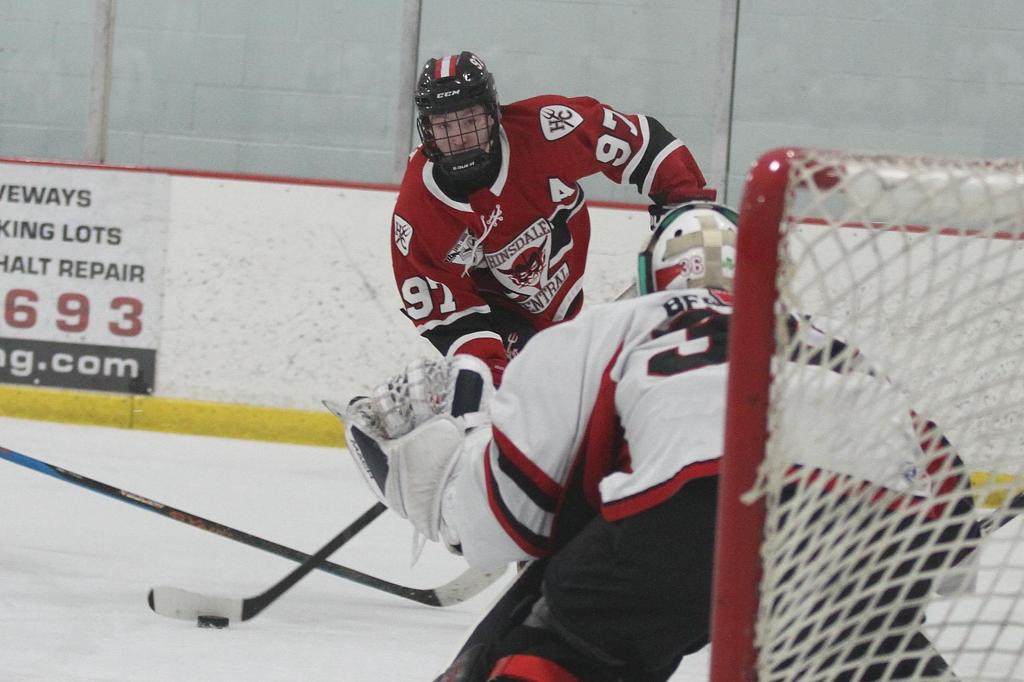 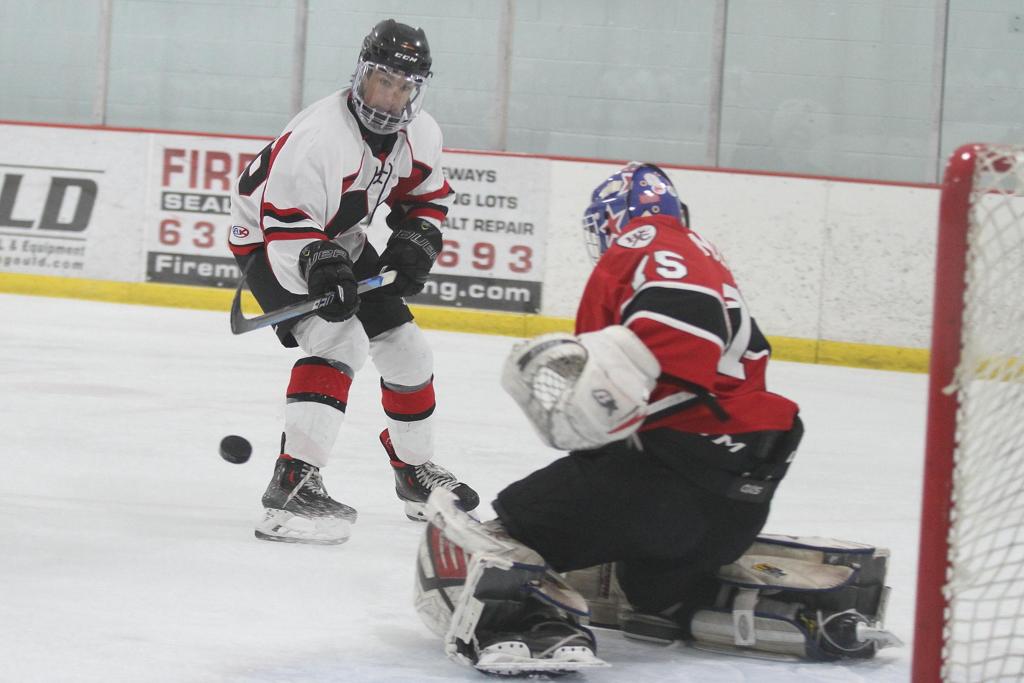 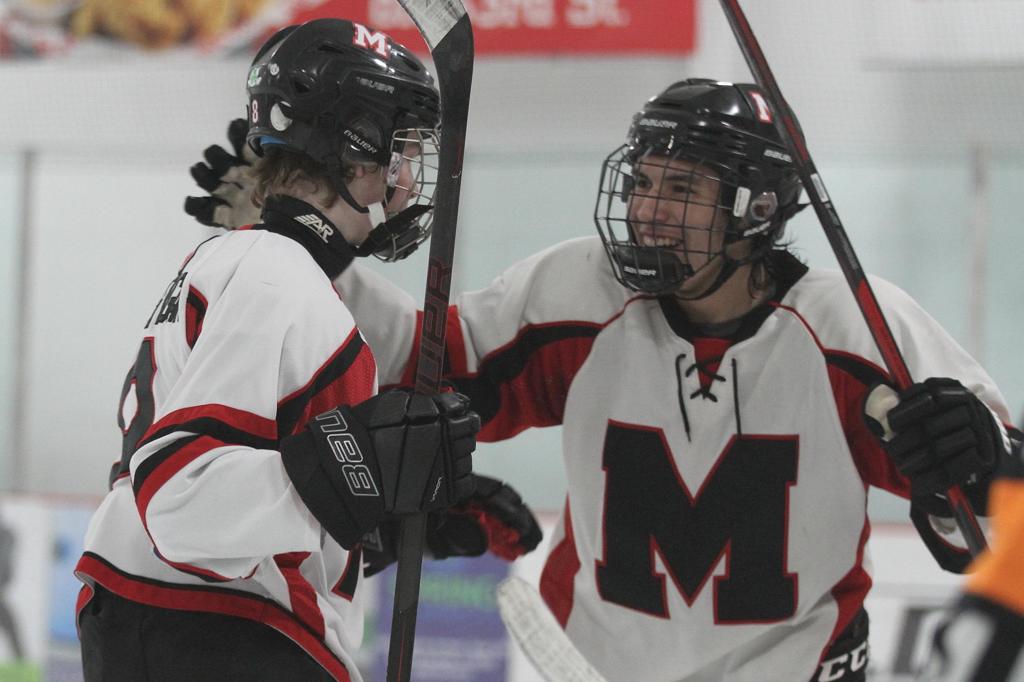 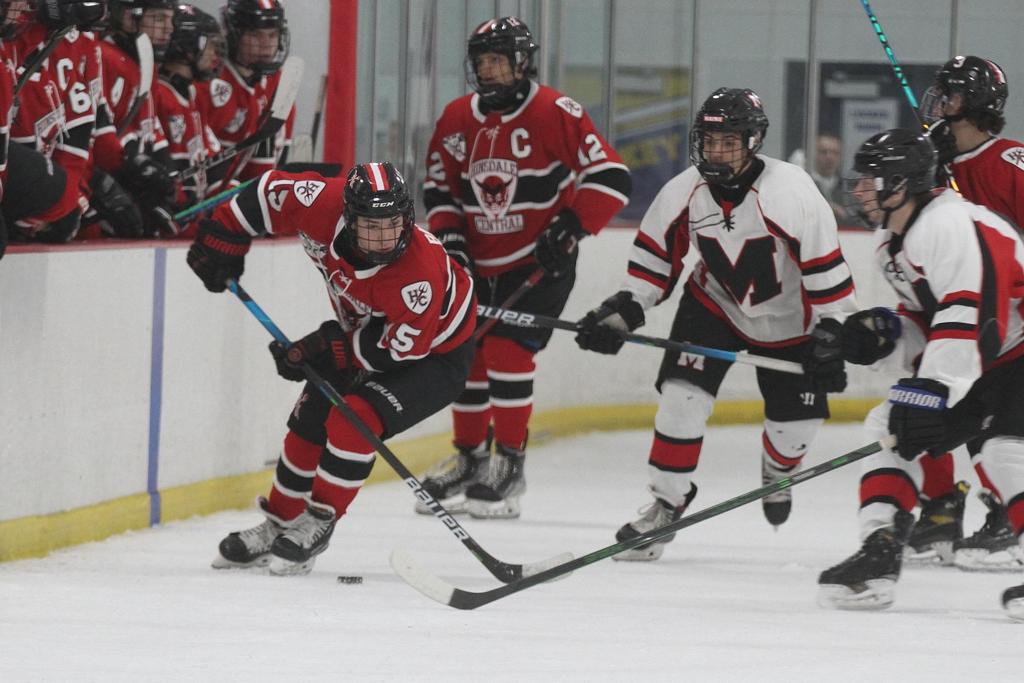